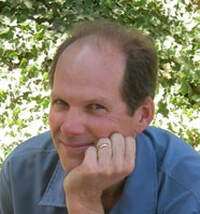 ​Cory is the Sustainability Program Manager for the City of San Rafael. He co-authored and is responsible for implementing the City’s Climate Change Action Plan 2030, which is being used as a model by the other cities in Marin. Cory also helped form the anti-litter coalition San Rafael Clean, and as a member of the City’s Emergency Operations Center, developed and manages the City’s Emergency Volunteer Center. In addition, Cory is past-chair of the Marin Climate Energy Partnership, a consortium of local governments and public utilities working together to reduce greenhouse gas emissions in Marin County. Cory has a degree in Interdisciplinary Social Science from San Francisco State University. He lives in San Rafael with his wife and has one adult daughter. In his free time he writes musicals and enjoys traveling, cultural exchange, and adventures in nature.
Robert Brown, Board Co-Chair ​ 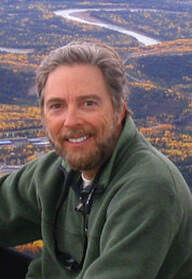 Bob Brown has been a planning manager and director for 33 years in some of the most progressive cities in the Bay Area, including Palo Alto, Berkeley and San Mateo. He has specialized in reinvigorating downtowns into pedestrian-oriented, mixed-use/mixed-income community centers, promoting environmental protection and facilitating public involvement. He was the Community Development Director for the City of San Rafael for 13 years and acted as the City’s Sustainability Coordinator. He authored San Rafael’s Climate Change Action Plan and the BERST model green building ordinance, one of the most stringent in the nation, which has been adopted by several Marin jurisdictions and won a Leadership in Sustainability Award from the Marin Builders Association. Bob is also an adjunct faculty member at Dominican University, teaching in the Sustainable Practices Certificate Program.

Bob believes that government must be a catalyst in moving residents and businesses toward more sustainable lifestyles and business practices. He is a strong advocate for coordinated local action to fill the void of national leadership. He is a regular speaker at the League of California Cities, the Local Government Commission and the American Planning Association.

Bob holds an undergraduate degree in environmental biology from the University of Santa Clara and a Masters in Urban Planning from San Jose State University. He is a member of the American Institute of Certified Planners.
Julie Carlson, Board Member 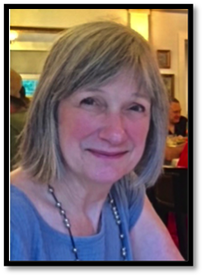 Julie is a Resilient Neighborhoods Ambassador who grew up in Marin County.  She is a sustainability activist spreading the word to the myriad groups and institutions she is involved with.  She is an active member of the Sausalito Women’s Club, founding their Sustainability Committee and the Sausalito Presbyterian Church’s Green Team.  Julie’s communities also include Sustainable Mill Valley, the Sierra Club’s Plastic Free Marin initiative and Marin Interfaith Climate Action (MICA) where she works to help green Marin’s congregations and connect spirituality to the natural world.

​Julie has a BA in Communications and an MA in Interpersonal and Small Group Communication from Denver University. Her favorite pastime is hiking in Marin with naturalist Wendy Dreskin. Julie agrees with Joanna Macy: “Hope is not something we have. It’s a verb. It’s something we do.”
Kimberly Scheibly, Board Member 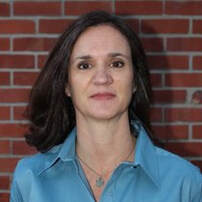 Kim is a passionate environmentalist with an extensive background in recycling, composting, waste reduction, strategic planning and project/program management. Her personal goal is to help make the planet a healthier place for both current and future generations.  More than a decade ago, Kim successfully transitioned from a nationally known expert in arrhythmia and cardiac devices to a sought-after professional in the area of Zero Waste where she gained her experience working as Director of Compliance & Customer Relations at Marin Sanitary Service (MSS). MSS, a family owned business, is a national leader developing practices to meet zero waste goals. Kim holds bachelor degrees from both U.C. , Davis and the University of San Francisco, and a M.S. from U.C San Francisco,  Kim lives in San Rafael with her husband, daughter, son and two cats. She likes to hike, read, travel, eat, and watch soccer anywhere, anytime.
Leslie Stone, Board Member, Chair of Resilient Neighborhoods Ambassadors 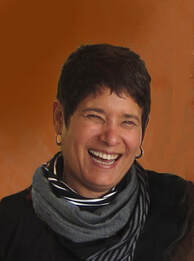 With a BA in Design from UCLA, Leslie has been in the field of environmental education for most of her career. As the principal of Leslie Stone Associates (LSA) for the past 40 years, she believes passionately in the power of education to enlighten and provide a vehicle for people to make informed choices about how we live our lives, and how we treat each other and our precious planet earth. As an activist and designer of educational exhibits in some of the most well-traveled parks and trails in California, she has had to opportunity to influence millions of visitors from around the world to learn about, enjoy, and preserve wild places.

Leslie has been a national spokesperson for women’s economic development and environmental education. As a founding board president of LA Harvest, she generated economic support for community gardens. As the founding board president of the National Association of Women’s Yellow Pages, and the publisher of the LA Women’s Yellow Pages, she fostered the growth of women’s businesses. As the designer and distributor of the LA Green Pages, she enabled thousands of people find green products and organizations to support. She also served on the board of the Women’s Building and the Women’s Foundation.
Sarah Wotherspoon, Board Member 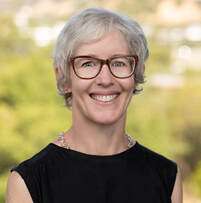 Sarah is passionate about helping people make great financial decisions by integrating financial analysis with who they are and what’s most important to them. She’s a Managing Director with Wealthspire Advisors where she has served clients for over 15 years and supported an ever-increasing connection among sustainability, investing and giving. Sarah has a M.S. in Financial Planning and a B.A. in Communications.

Sarah lives in San Anselmo with her husband, son and daughter. She’s active in her kids’ schools, Heartwood Charter School and Ross Valley Charter, and brings financial literacy education to various local groups in Marin County. Sarah is an early graduate of Resilient Neighborhoods; her Climate Action Team graduated back in 2012. She and her family continue to take pride in living sustainably, especially taking advantage of the tremendous bike and walkability of Marin County.